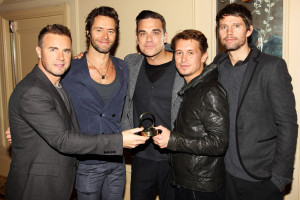 Take That members Mark Owen, Howard Donald, and Gary Barlow will now have pay back tens of millions of British pounds after it was discovered that three members of the British boy band were involved in a tax avoidance scheme. The other two members Jason Orange and Robbie Williams were not involved in the scheme. You can read the article on Billboard.