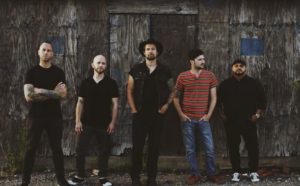 Taking Back Sunday has announced an anniversary tour celebrating 20 years as a band. The band will be bringing out Frank Iero and The Maine as opening acts on separate legs of the tour. The tour will begin on January 29th in Anchorage, Alaska at the Bear Tooth Theater and end on May 5th in Las Vegas, Nevada at the House of Blues. VIP and pre-sale tickets will go on sale tomorrow at 9 am PST and a general sale will go live on the 19th at 10 am local time. Taking Back Sunday will be dropping their new album Twenty on January 11th.

Excited to announce that we will be joining @TBSOfficial on tour as they celebrate 20 years of being a band! VIP & Pre-Sale tickets go on sale tomorrow! Tell All Your Friends! pic.twitter.com/lralSftKuy