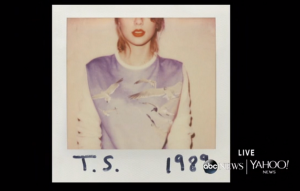 Taylor Swift had some big news for fans today as she revealed the news that she will be releasing a new album called 1989 on October 27th. In addition, she also announced the lead single from the album called “Shake It Off”, which sounds completely different from past material, and sounds like she has completely abandoned her country roots. The video for the track was also released as well which you can see here.