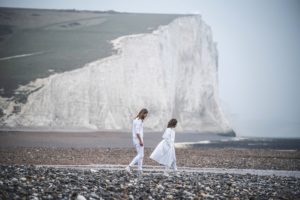 Prague dream-pop band teepee has dropped their new single “Parallel World,” from their latest full-length Where The Ocean Breaks. Forming in 2015, the duo has been featured on several prominent Spotify playlist and all across all social media platforms. Vocalist Miroslav has said the following about the writing of the album, “The creation of Where the Ocean Breaks, which took almost a year and a half, was truly a transformative experience for both of us. Individually, and also for the band itself. I think that the record represents a significant shift in our sound. We are really grateful for our producer Tom, who showed us a completely different approach to the creation of music, gave us space to experiment and led us very patiently throughout the process.”