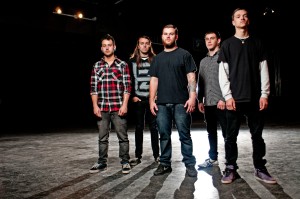 Texas In July have announced a farewell tour for the US. You can read a press release below as well as see tour dates.

Witkowski, one of the band’s founding members shares, “We have all been patiently waiting the arrival of this announcement. This November/December is going to be an absolute blast, making a trip around North America one last time as TIJ. We are all very excited to spend time with fans/friends from all over during this last tour. Just a few more months til the first gig of the last gigs, see you all there!”

“Having something that has encompassed so much of our lives for so many years come to an end is not easy, but we are very excited to have one last round of wild shows with all of the fans that made this adventure possible for us,” adds Davis. “We’ll be playing songs from every album in the band’s catalogue, some that haven’t been played in years, or ever at all! Come help us make this last tour one that we will remember for the rest of our lives!”

Texas In July will leave on several highlights – with a recent final European tour that included performances at Jera On Air, Graspop, and With Full Force Festival, the recent release of their most impressive album to date, and a nomination for the Best Drummer Award via Alternative Press at the recent 2015 AP Music Awards.

All upcoming tour dates can be found below, with a few yet to be announced dates – including a special final hometown show – being added soon.

Texas In July recently partnered with Revolver Magazine for the exclusive premiere of their new music video for “Nooses”. The video can be seen now at RevolverMag.com and Youtube.com/equalvision.

The song comes from Bloodwork – Texas In July’s fourth and final full-length album together – and their first album to showcase their new vocalist, JT Cavey.

On Bloodwork, Cavey, a longtime fan of the band with a massive YouTube following, lives up to his reputation for vicious screams, a wide range of vocal tones and a seemingly unlimited amount of enthusiasm, passion, and creativity. The album was recorded in Lancaster, PA with producers Carson Slovak and Grant McFarland; And offers the band’s most impressive work to date, displaying their most cohesive and innovative instrumentations and most dynamic vocal offerings – including a touch of clean vocals for the first time ever for the band.