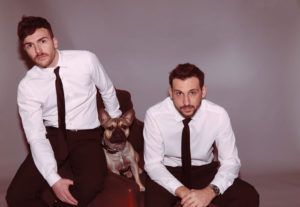 Pop duo thanks has released their new single “Busy,” which you can listen to below. After meeting at Berklee College in 2009, the members have taken the time to hone their sound and release music. After taking a short break, the band is back and ready to put out new material. Thanks has had music placements on such networks as ABC, Netflix, and MTV.