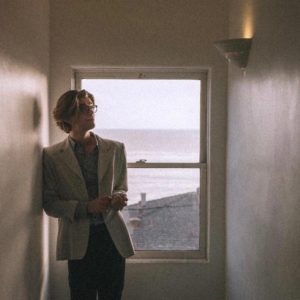 Orange County, California band The Shakes has released their new single “With Every Moment,” which you can listen to below. Inspired to write the song after a near death experience, front man Sean Perry says, “A little over a year ago, coming home from a friends house at 1 in the morning, a driver cut me off going through a yellow light. I immediately slammed on my breaks and I watched the car sail through the yellow light.. In the middle of the intersection, another car came and t-boned him, causing the car to flip over multiple times…. It was one of the loudest sounds I have ever heard… Police cars, fire trucks, ambulance… filled the intersection minutes later. I was in shock, my hands couldn’t let go of the steering wheel, slowly opening the door, I made my way out to the middle of the intersection. Staring into the chaos of what had just happened. The police asked me questions about the crash, I told them everything I could… then got back in my car and drove home…”

“With Every Moment,” is the followup track to “Scrumptious.”