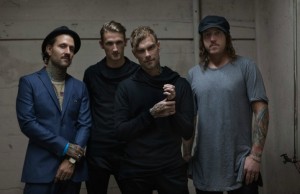 The Used have announced a 15 year anniversary tour along with a live acoustic album. Last month, the band played an acoustic show at The Palace Theatre in Los Angeles, California, and for all of their fans who could not attend, they can now experience the show for themselves with the release of the bands new album The Used: Live and Acoustic At The Palace along with a DVD of the performance. In addition, they have also announced a 15th anniversary tour of their self titled record and In Love and Death. The tour will be a two night event with one release played in its entirety per night. You can see the dates and a trailer below. 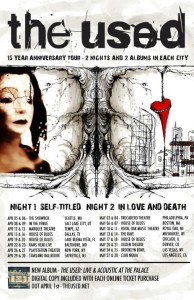