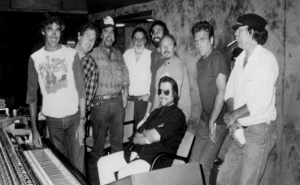 Tim Drummond, the bassist for Neil Young, has passed away at the age of 75. Drummond first worked with Young on 1972’s Harvest, and performed on every studio album that Young released up until Hawks & Doves which was released in 1980. A cause of death is unknown at this time.