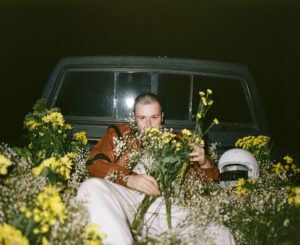 Tommy Newport has released his bouncy new single “Calabasas,” which you can check out below. Originally from England, but eventually moving to Kansas, Newport released his debut Just To Be Ironic in 2018, along with his most recent EP’s  Ultra Mango and Liquid released last year. Inspired by The Killers, MGMT, and Phoenix, Newport has been featured in The Fader, Complex, and Hypebeast.