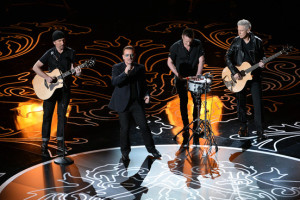 There is a possibility that U2 may play two nights in each city they visit on their 2015 tour. Bassist Adam Clayton says that the band would play one acoustic show, and one that is “very loud and explosive” according to NME. The groups latest album Songs of Innocence was released earlier this year with much controversy, after the album was downloaded onto every iTunes account without notice. Apple soon released a tool to remove the album if the iTunes account holder did not want the album.