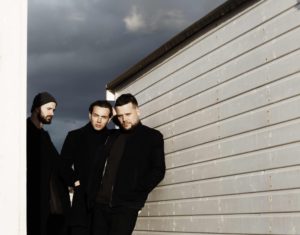 White Lies has released two new songs in anticipation of their upcoming record Friends due out on October 7th. You can listen to “Morning In LA” and “Hold Back Your Love” below. If you like what you hear and would like to catch the group on tour, you can see their full schedule of shows below. The tour will kick off on October 13th in Amsterdam, Netherlands at Paradiso.