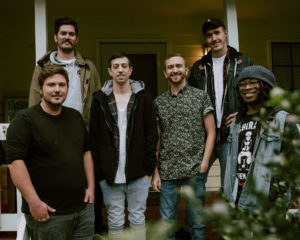 Young Mountain, comprised of members from the band’s Woe Is Me, From First To Last, and My Favorite Weapon, has released their new single “James Albert,” which you can check out below. With the track memorializing front man Jason May’s late father, the band has become a deeply important project as music has helped mourn his passing. The band’s debut EP If You Leave on July 17th.