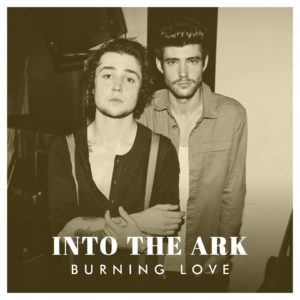 Wales band Into The Ark has released a cover of the Elvis classic “Burning Love” which was recorded live acoustic at RAK Studios in London, England. Member Taylor Jones had the following to say about playing the song live. We’ve played this song for a couple of years now and we really wanted to capture it live so we recorded it acoustically (at RAK) for the 7 inch… it’s a well travelled song – not just for Elvis – but for us too – and one that means so much to us and our journey and to say we’re proud of it coming out on vinyl is a massive understatement.”

The track is appears on the band’s double A side release, which also features the song “Straight To Your Door.” If you would like to catch the band live, you can see them at the following dates starting in February.