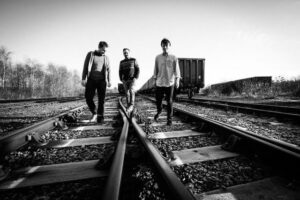 South Wales rock band Broken Fires is back after a five year break with their latest single “Dreamer,” which you can listen to below. Influenced by Dinosaur Jr., The Hold Steady, and Manchester Orchestra, member Tom says the following about the song’s inspiration by saying, ““Dreamer” is a song about being allowed to dream and wanting to do something with your short time on earth. It was inspired by this feeling that as we grow up, we tend to default to the mundane, normal and let’s be honest – boring. It seemed like a feeling that a lot of our friends were experiencing, that itch you get when you just don’t want to accept that this is it and you want to do something bigger, better, maybe even a little bit crazy and unrealistic with your life.

Forming in 2014, the band dropped their debut Silhouettes the following year, with the 2020 COVID-19 pandemic allowing the band to start writing the next chapter of their story.