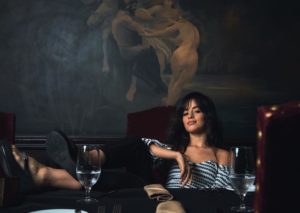 Former Fifth Harmony vocalist Camila Cabello has announced debut which will be self-titled on January 12th on Epic Records. The record will featuring the hit single “Havana.” Upon pre-order fans will get two new songs titled “Never Be The Same” and “Real Friends.” A full statement from Cabello can found below, via her Facebook page.

to my Camilizers…. my debut album is finally finished. now i'm trying to steady my heartbeat!!!!!!! thank you for…