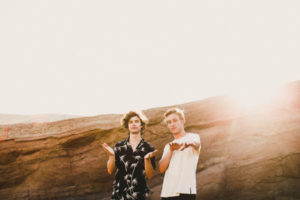 Los Angeles duo Coast Modern has released a new song titled “The Way It Was” which you can listen to below. Introducing electronic elements into their music on this track, “The Way It Was” is a song that has plenty of flavor while keeping its simplicity intact. Check it out below, via Pigeons and Planes.

If you’d like to catch the band on tour, they will be touring the US from September to October, beginning on September 2nd with a set at Bumbershoot in Seattle, Washington. The band Temper Trap will be supporting. Check out the rest of the dates below to see if the band is coming to your city.