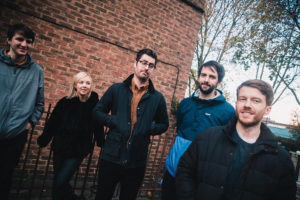 Dublin, Ireland indie pop band Silverbacks has released their new single and music video for “Muted Gold,” which you can check out below. Named by Stereogum as a band to watch, the group whose inspirations stem from 1970’s punk, will be dropping their new album Fad on July 17th, via Central Tones.