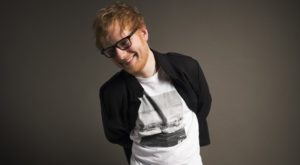 Ed Sheeran has shared his latest single “Bad Habits,” his first in four years. Releasing his debut album + in 2011, Sheeran typically takes long breaks between albums, and he continued this trend again, releasing his last body of work ÷, in 2017.  While no new album has been announced yet, Sheeran did release a new song titled “Afterglow” last year while in quarantine for COVID 19. A music video for “Bad Habits” can be seen below as well.