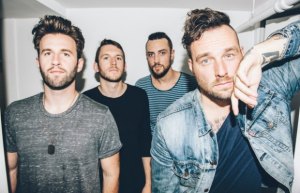 Emarosa has released their new single “Don’t Cry” off of their upcoming album Peach Club, due out February 8th on Hopeless Records. On writing the songs for Peach Club front man Bradley Walden states, “We’re at that point where we’ve realized that there’s no consequences for making whatever record we want to make. “We started writing, and it felt like the book was being thrown out the window. There are no rules.”