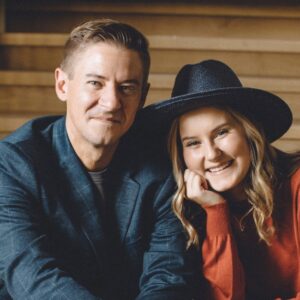 Since March, we’ve been given plenty of surprises. With the onset of the pandemic, plenty of industries have been hard hit, with the music industry being one of them. With live music and touring coming to a complete halt, the industry has come up with creative measures in order to bring hope and joy to fans-whether it be through live streams, drive in concerts, or releasing new music specifically with the hard times in mind, there have also been moments where great musical moments have come up unexpectedly. Back in August, a young woman in Kaysville, Utah named Savanna Shaw decided to upload a video of herself singing “The Prayer,” made famous by Celine Dion and Andrea Boccelli, alongside her father Mat Shaw. Uploading the video to Instagram to keep in touch with her friends from choir during lockdown, she didn’t want to sing alone, so she asked her father to join in.

What happened was a surprise neither expected. The duet went viral, which led to the pair uploading more videos of them singing, either together or alone. Covering everything from “Fly Me To The Moon” and “Come Fly With Me,” by crooner Frank Sinatra to “Somewhere Out There” from An American Tale, each video feels joyous and presents an escape to everyone who listens, and yet the videos don’t need a fancy production crew or a huge budget to be memorable. Completely new to Youtube and the music business, Savanna is a high school student and Mat is a real estate agent.While he had a goal of going after musical theatre and appearing in Broadway as a child, after starting a family at a young age, performing got put on the back burner, choosing to “live a life of comfortable dreams,” as Mat sings in “Picture This,” the group’s first original song.

As they started recording, everything took place in Mat’s closet in the family’s home.  As the pair continued to rack up views with each video they uploaded, they announced several months ago, that they were enjoying singing together so much, they were hoping to make music their full time venture. To do this, the father and daughter set up The Shaw Fam community powered by Patreon where fans can donate a set amount of money each month to the family so they can upload more videos, have virtual concerts, and hire professional musicians to perform with them. Fans who donate get “perks” such as behind the scenes content and more, starting at just three dollars a month.

Shortly after this, Mat and Savanna announced the release of their debut album Picture This, along with going into a professional studio for the first time. Talking about the unexpected viral rise and realizing that maybe they were wrong all along in not pursuing music earlier, “Picture This” is the perfect pop track, with voices that soar, and right from the start its clear that something special has landed in our hands. The rest of Picture This includes cover tunes, spanning everything from jazz and swing to more modern musicians such as Colbie Callaitt, who’s track “Try” turns out beautifully and is one of the LP’s highlights. Another notable track is “Gone, Gone, Gone“, by American Idol contestant Phillip Phillips. Initially weary of singing this track due to not knowing how it would sound, the song’s production turned out perfectly.

While every track deserves a mention, perhaps the hidden gem on Picture This, is “Only Hope” a cover of the Switchfoot deep cut that was made famous by Mandy Moore, who sang the song in the 2002 teen romance film A Walk To Remember. Beautifully done, we aren’t sure how it will sound when Mat comes into the fold, though as his voice intertwines with Savanna’s, it becomes a track that stands out. While it won’t be a tune that’s recognizable to the duo’s older listeners, this rendition may bring Switchfoot some new fans, if listeners choose to look at the songs credits.

With a live streamed concert happening on November 28th, with theatre actress (and Savanna’s idol,) Sierra Boggess directing, the duo has also not slowed down their recording efforts, as a Christmas album, titled Merry Little Christmas will be released just in time for the holidays on November 20th. With a worldwide pandemic still in full swing, it’s hard to know what the future holds for the Shaws budding career in person, though as it continues to heat up online, their message of wanting to spread hope and joy will continue to ring true for a long time to come.