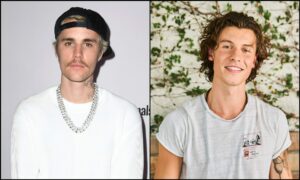 Shawn Mendes and Justin Bieber have teamed up for their new single “Monster“,” which you can watch the video for below. Both musicians have released new music recently, with Bieber releasing the tracks “Holy” and “Lonely” and Mendes releasing the single “Wonder” off of his upcoming album of the same name, due out December 4th. While Bieber released his latest album Changes in February, a tour cancellation due to COVID-19 has brought about the release of new music, ushering a new era for the Canadian singer. There is no release date yet for more music from Bieber.