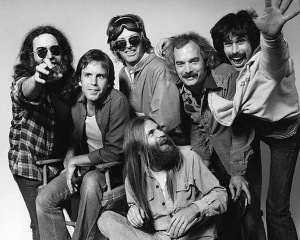 The Grateful Dead will celebrate their 50th anniversary next year with a new currently untitled documentary. The film will be directed by Amir Bar-Lev, with Martin Scorsese serving as executive producer. The movie will focus on the groups beginnings in 1965, touch on Jerry Garcia’s death in 1995, and end with what the band is currently up too. All surviving members will be interviewed for the film, and will show concert footage as well as footage from behind the scenes.