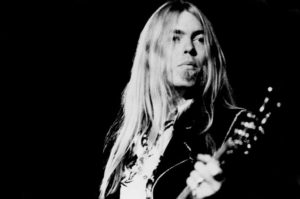 Gregg Allman, member of legendary blues and southern rock band The Allman Brothers, has died at the age of 69. While a cause of death is not known at this time, he was diagonosed with Hepatitis C in 1999 and had a liver transplant in 2010.

Michael Lehman, a longtime friend of Allman who was also his manager made the following comments on his death. “I have lost a dear friend and the world has lost a brilliant pioneer in music. He was a kind and gentle soul with the best laugh I ever heard. His love for his family and bandmates was passionate as was the love he had for his extraordinary fans. Gregg was an incredible partner and an even better friend. We will all miss him.”