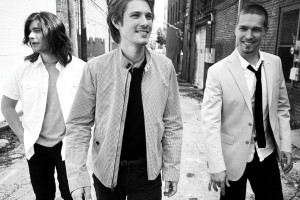 Hanson has debuted a live version of their new song “Siren Call,” off of their upcoming live album String Theory, where the band is performing live with various symphony’s around the US, due out on November 9th. The band are currently a few one off shows, though they will start the String Theory tour again on October 13th in Los Angeles at the Greek Theatre.