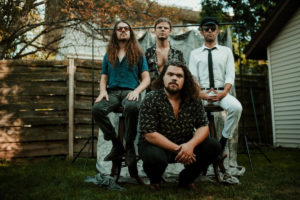 Joshua and the Holy Rollers has released their new single “What You Need,” ahead of the release of their upcoming EP Patience, due on December 6th. The band will touring the US with Oklahoma based band Hanson (the Holy Rollers front man Joshua is a sibling to the trio) which started on November 30th in Vancouver, Canada and will end on December 21’st in Huntington, New York. All dates are below.