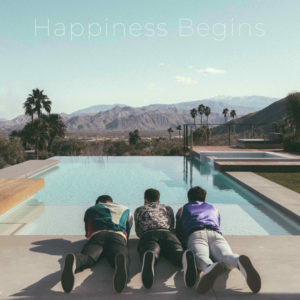 The Jonas Brothers has announced the release of their new album Happiness Begins on June 7th. This is the first full length the band has put out since announcing their breakup in 2013 and dropping the album Lines, Vines, and Trying Times in 2009. Announcing their comeback with a show at Radio City Music Hall in 2012, the band then announced a new album titled V, which would eventually get shelved. With fans longing for a reunion, the New Jersey based brothers announced their return in March with the single “Sucker” which has amassed 380 million streams across all platforms.

You can watch the music video for “Sucker” below.