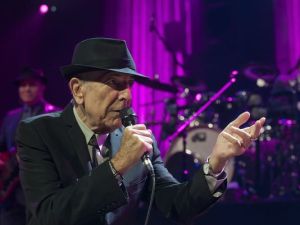 Leonard Cohen will be releasing a new live album and DVD titled Leonard Cohen-Live In Dublin, a 2 disc concert recording and DVD. The concert which was recorded and filmed at the O2 in Dublin features an 11 song set, 8 song encore and bonus tracks recorded in Canada. The show took place on September 12th, 2013.