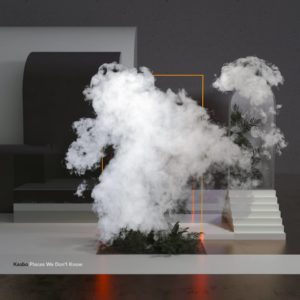 Swedish producer Kasbo has released his debut album Places We Don’t Know on Collective/Counter Records. Talking about the LP Kasbo says, “feels incredible to be releasing my debut album, it’s been such a long process and such a long challenge it kind of felt like this day would never come, but it did. Conceptually the album is about romanticizing a naive world view. That naiveness and ignorance is something to be cherished. There’s something really beautiful about the perfect worldview you have as a kid, that the world is harmless, beautiful and good. The more you learn and experience though, the more you realize everything isn’t perfect. So the less you know the more beautiful it is, it’s the things we haven’t done, the places we don’t know, that have this unquestionable beauty to it. it’s this world I’m trying to mirror with my album, the one that stays in your imagination.Musically I knew I wanted to do a sonic representation of the concept, blending worldly sounds with small bedroom type samples and soundscapes. I really loved the idea of those two polarizing things being the two main factors that would lay the ground for the album.”