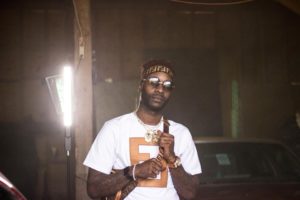 Detroit rapper Lyric October has released his new single “Connected” off of his latest album Elegant Trap Music. Nephew of Sonny Canon who performed in the backing bands of Gladys Knight and The Temptations, Lyric was introduced to music at a young age and began his music career after asking for a keyboard one Christmas. In addition to performing, Lyric October is the head of Hazegang Music Group and president of October Films.