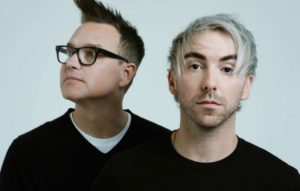 Mark Hoppus of Blink 182 and All Time Low guitarist Alex Gaskarth have formed a new band called Simple Creatures. Alongside the announcement they’ve also released a new single titled “Drug,” which you can check out below. An EP from the pair is due out in March.