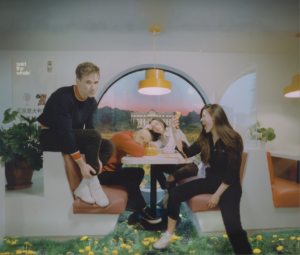 Canadian band Said The Whale has dropped their latest album Dandelion, which you can stream in full below. The JUNO winning band released new music earlier this year with the track “Honey Lungs,” and wanted to interject some positivity with their new music, which was the inspiration behind the title for the new LP. Member Ben Worchester has said the following about the record, “Dandelion is an optimistic title.” “Dandelions are everywhere. Some people see them as nothing but a garden weed, but to many others they are a beautiful flower whose bloom marks the first sign of spring. Not to mention they are edible from root to flower, and have many medicinal properties. They grow whether or not you want them to, so why not focus on the positives?”

The album was released on Tyler Bancroft’s, (the band’s vocalist and guitarist) record label Everything Forever.