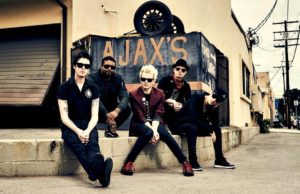 Sum 41 has gone acoustic for Rolling Stone. Performing tracks such as “Fake My Own Death” from their new album 13 Voices and “The Hell Song” from 2003’s Does This Look Infected?, both songs are given an entirely different spin, painting the band the in a different light. Check out both performances here.