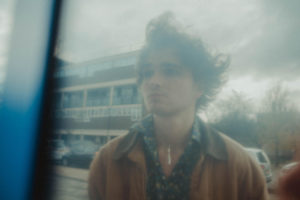 Inspired by the sounds of jazz and hip hop, British musician Ted Jasper as shared his music video for his latest single “Back For More,” which you can listen to below. Finding inspiration for the song via the cult film Rounders, Jasper says of the track’s inspirations ““There’s a little cutaway where a seedy man is lusting after a woman in a club, trying to seduce her.” “She feigns attraction and tricks him, in a really crazy turn of events, down an alleyway. A strange source of inspiration, but I became hooked on the idea of this nasty guy following after this woman not knowing his own fate.”

Jasper will be performing at the 2019 Boardmasters Festival in his hometown of Cornwall, England.