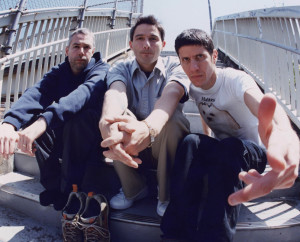 This week the Beastie Boys will be taking Monster Energy Drink to court over copyrite infringement. Adam  Horovitz, a member of the rap group, will be representing the group in court this week in New York City. The group filed a lawsuit against Monster in 2012, after they “willfully, maliciously, and oppressively,” used portions of the bands songs in a promo video for an event called Ruckus in the Rockies. The ad also suggested the band was personally involved in the event.

The suit sought a permanent injunction with statutory damages of $150,000 for each of the group’s songs. Horovitz will take the stand at 1 pm Eastern Time on Tuesday. May 27th. The trial will be open for the public to attend. In his will, late member Adam Yauch has banned the use of his music in any advertisements, and his band mates have stuck by his wishes.