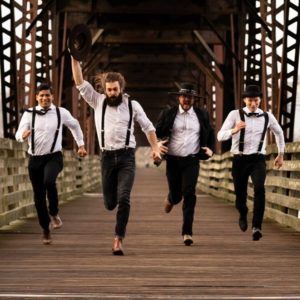 Canadian bluegrass band The Dead South has released the music video for their new single “Diamond Ring,” which you can watch below. The track will be featured on the band’s new album Sugar & Joy, due out on October 11 via Six Shooter Records. While the band will be performing at Glastonbury this week over in the UK, the band will also be headlining at Brixton Academy in London on February 27th, 2020, the first ever bluegrass band to do so.