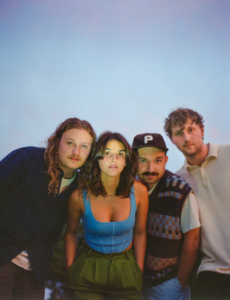 The Greeting Committee has released their new youthful single “Hopscotch,” which you can check out below. The Kansas City band released their debut album Dandelion last year, and are currently on the To Feel Right Again tour with Aiden Bissett, WILLS, and their own Noah Spencer. All upcoming tour dates can be found below.