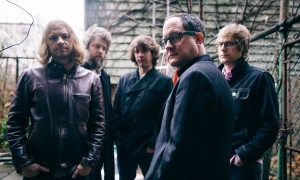 The Hold Steady will be dropping their new album Thrashing Thru The Passion on August 16th. The album’s lead single is titled “Denver Haircut” which you can listen to below. The band will be promoting the new music with a series of weekend shows beginning in Seattle at The Crocodile on August 15th-17th and ending on December 4th to 7th at the Brooklyn Bowl in Brooklyn, New York. All dates are below.