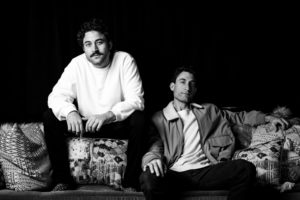 Los Angeles based sibling trio The Lagoons has released their new single “So Did I,” which you can check out below. The song will appear on the band’s upcoming album due out later this year. Appearing on many notable Spotify playlist including such as New Music Friday and a spot on NPR’s 10 Songs Public Radio Can’t Stop Playing, The Lagoons have become one of indie music’s most well loved groups.