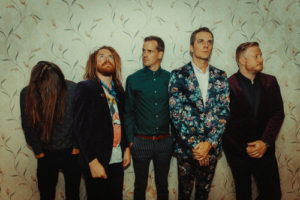 The Maine’s 8123 Fest is back for its second year on January 18th, 19th, and 20th of 2019. Now expanding to three days and a bigger lineup, presale tickets go on sale tomorrow at 10am and will include the band’s debut album Can’t Stop, Won’t Stop on vinyl. To celebrate, The Maine will also be performing the album in full for the first and last time at the festival as the LP turns 10 today. The festival will be taking place at The Van Buren in Phoenix, Arizona. For more information, you can head to the festival’s website. General tickets and lineup announcements are coming soon.

The band is currently performing on the last Vans Warped Tour and recently dropped an acoustic album titled Less Noise: A Collection of Songs By A Band Called The Maine.