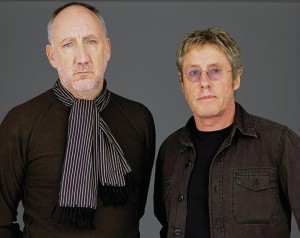 The Who are officially retiring from touring, however they plan to go out with a bang. Named “The Who Hits 50! Tour”, the band has announced the first set of European dates with plans to announce more dates soon. The first dates are to take place in November and December and can be found below.

Pete Townshend said the following about the tour: “Trying to stay young. Not wearing socks. Growing a great big woodcutter’s beard. Might even wear a check shirt on stage and get a tattoo of a Union Jack. Always a fashion victim. But under no illusions. We are what we are, and extremely good at it, but we’re lucky to be alive and still touring. If I had enough hairs to split I would say that for thirteen years since 1964 The Who didn’t really exist, so we are really only thirty-seven.”

The band is seeing the tour as ” the beginning of a long goodbye”, though they have no plans to stop releasing music.