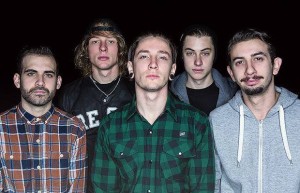 The Word Alive have released a lyric video for their song “Never Forget” off of their new album Real which comes out tomorrow in America. The band has also released three other songs from the album including “Glass Castle“, “Broken Circuit” and “Play The Victim.” The band will be playing the entire Vans Warped Tour this summer.