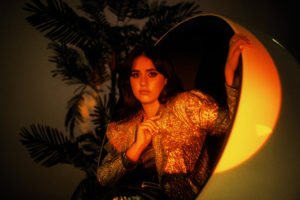 Tia Gostelow has dropped her new single “Always” featuring an appearance by the band Holy Holy. Supporting bands such as Gomez, Frightened Rabbit, and Lewis Capaldi, Gostelow is sure on her to the big time. Talking about connecting with the lyrics of “Always,” Gostelow says ““I am so excited about ‘Always’ being released. I feel like it’s the song that sums up the whole vibe of the album and I’m so stoked to have Holy Holy featuring on it. It was really cool to be able to work with Oscar and Tim on it and I love that you can hear elements of their distinct sound throughout the song, eg. Oscars lil guitar solo at the end.”

With production being take over by Oscar Dawson of Holy Holy, Tim Carroll of Holy Holy sharing vocal duties with Gostelow, and The Money War writing the music for the song, Gostelow also adds ““I’ve been a big fan of The Money War for a really long time and had the chance to finally see them play at Bigsound last year, and they absolutely killed it. I feel like there is something really magical about their music and lyrics and I really fell in love with them. I ended up getting an email from Dylan from The Money War after seeing them live saying he has some songs that he thinks would really suit me. I sat on them for a little while because I wasn’t sure how I felt about releasing a song that I hadn’t written myself or had been a part of in the writing process, but I just couldn’t get ‘Always’ out of my head.”

Listen to “Always,” below.