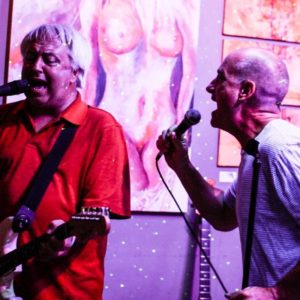 Brick Briscoe and the Damn Dudes has released their new single “The Blue Jean Bridge,” off of their new album My Favorite Los Angeles Restaurant, which is the followup to their 2019 release From Lucky Point to Père Lachaise. In addition to music Briscoe also focuses on other outlets including his radio show The Song Show, which airs on NPR affiliate WNIN in his hometown of Evansville, Indiana, and his TV show Any Road which airs on WNIN 9.1 also in Evansville and streams at PBS.