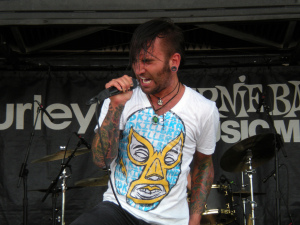 A few days ago it was reported that Tyson Stevens formerly of Scary Kids Scaring Kids had passed away at the age of 29. It has now being confirmed that Stevens has died of a drug overdose, possibly from heroin. A toxicology report is expected in the next few weeks to determine the cause of death. Most recently, Stevens was the front man of a band called Coma Prevail.