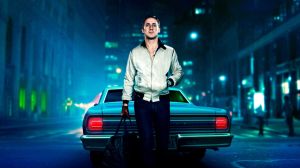 The BBC aired the re-scored version of the movie Drive in the UK over the weekend. A behind the scenes video has just been released featuring Zane Lowe who was the head of the project, as well as editors and producers of the movie. Also featured is the film’s director Nicolas Winding Refn, cast members, and some of the bands involved such as the 1975, Jon Hopkins, and The Neighbourhood. You can watch the video here.