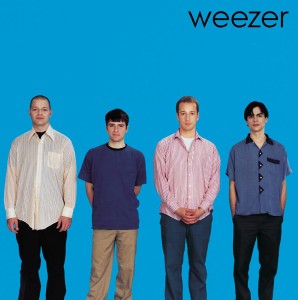 20 years ago today, Weezer released their self titled album. Also known as the Blue Album, the record would be responsible for giving the band mainstream success. The album had several successful singles including “Undone- The Sweater Song“, “Buddy Holly“, and “Say It Ain’t So.” Do you remember picking up the album when it was released or did you discover it later? Do you have a favorite song off of the album? Let us know in the comments!