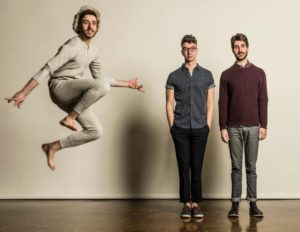 AJR has dropped their new song “Birthday Party,” off of their upcoming record Neotheater, set for release on April 26th. If you missed the album trailer for the LP you can check that out below. “Birthday Party” follows the release of “100 Bad Days,” the album’s lead single.