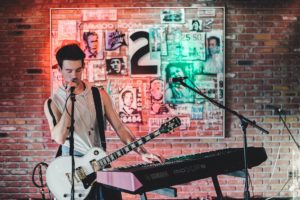 Between Giants, a pop rock act from New York, fronted by lone member Tyler John, has released the lead single titled “Nevermind,” from their upcoming record Jupiter, set to be released this summer. Starting in March of 2017, John decided to break away on his own after leaving his band Kalimur, which makes an appearance on “Nevermind.” Sounding like a breeze, with dreamy guitars and luscious vocals from John, the tempo is a cross between mid tempo and a slow ballad, where a balance is struck by including two separate musical groups on the track, bridging together different styles and flavors, and past and present.

Listen to “Nevermind” below.