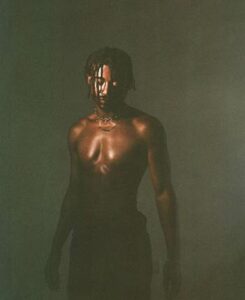 Bronze Avery has released the music video for his new single “Figure It Out,” which you can check out below. Talking about how the track came to be, Bronze Avery says “I wrote “Figure It Out” at the peak of a tumultuous situationship,” shares Bronze on the new single. “I was framed to be over-emotional with wild expectations when I now realize I was barely asking for anything in the first place. Even something as simple as a kiss felt like asking for keys to the city.I originally wrote “Figure It Out“as the score for my director friend Tyler’s short film but ended up loving the track so much I decided to keep it for myself. My friend and neighbor Bonavega, a flamboyant, radiant, and boisterous Glam Rock artist, helped me re-record the epic guitar solo in the outro butI wrote and produced “Figure It Out” alone on my couch. It essentially wrote itself in15 minutes.”

Watch the music video for “Figure It Out” below.